Well, I’m finally getting the chance to post after some computer problems rendered my computer that had Simplify3d inoperable for a few days!  But, now that it’s fixed, I’ve been doing some more work with refining support material and my simplify settings.  I’ve noticed two things that I need to change… 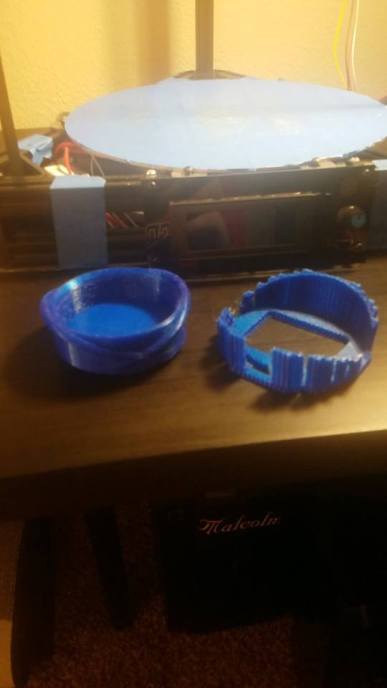 2. I’ve noticed that there are a lot of blips and surface zits on the print.  In order to fix
that, you can look into settings on simplify3d for “ooze control” and movement
behavior (it can compute paths that avoid having to retract as much as possible!).

Look for more prints soon that will hopefully address those issues!